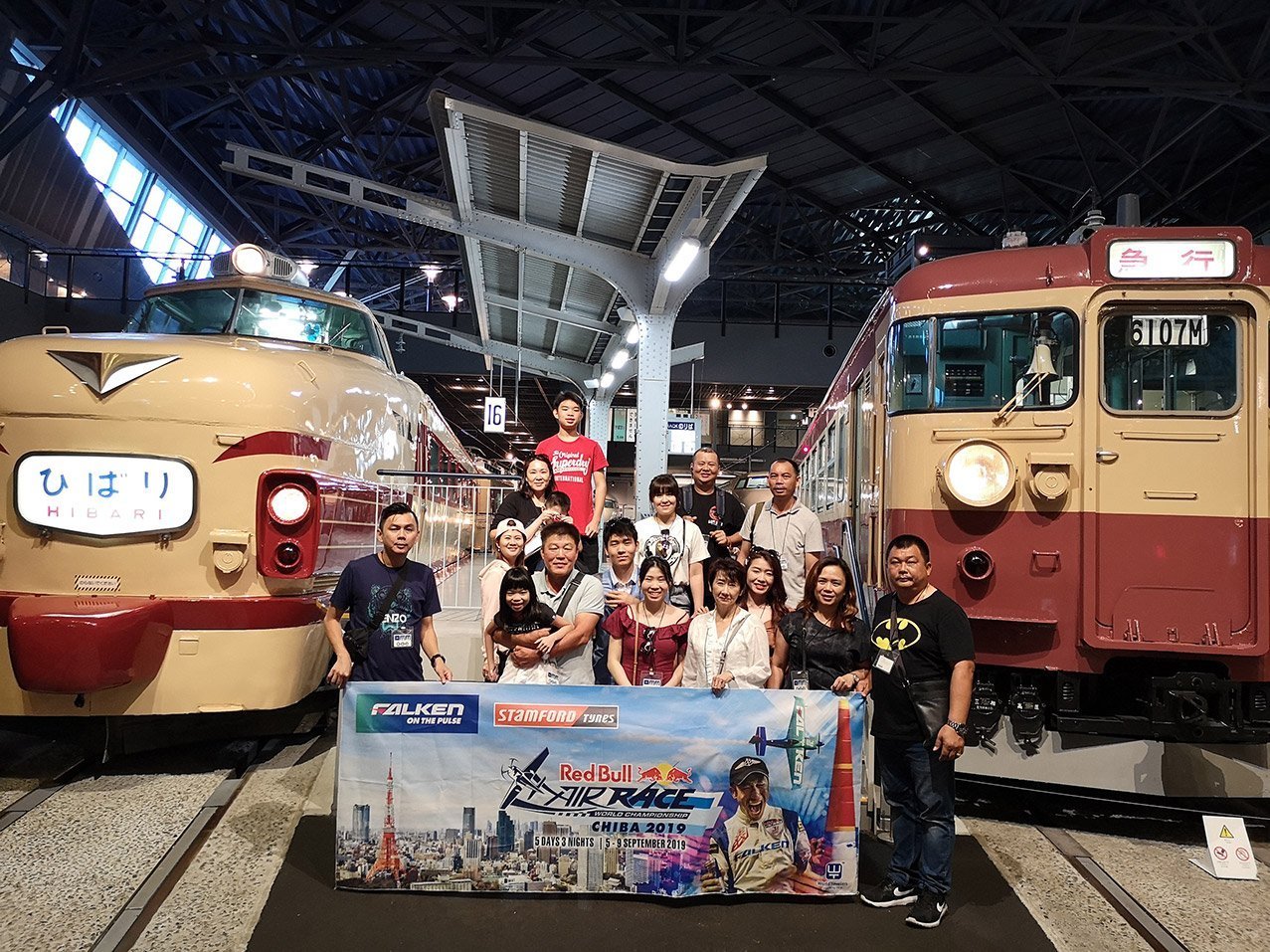 The most recent one saw the firm enthralling selectl local Falken dealers with a trip to Japan, coinciding with the Red Bull Air Race Chiba 2019 round too. The trip ran for five days and four nights in total  – including travel time – from 5 Sept until 9 Sept 2019.

For this trip, STM chose to treat 16 dealer representatives in total. Present for the trip too were STM’s representative Mr Ku Seng Yeow, Sales Executive.

Like past incentive trips, this recent one featured plenty of exciting activities for all. The itinerary included a tour of Kawagoe city on Day 2 to bask in its famed ‘Little Edo’ classic clay-walled buildings, as well as visits to said city’s famed ‘Candy Alley’ and Kitain Temple.

Next, the itinerary on Day 3 saw the group taking a tour of Kizarasu city. This included a drive through its famed Umihotaru route whilst heading towards Mount Nokogiriyama and the Nihonji Temple. Notably, Day 3 ended with a spot of retail therapy at the Kizarasu Mitsui Outlet too.

The main highlight of the trip came on Day 4 as all 16 dealer representatives plus both representatives from STM and SRAT went on to attend the Red Bull Air Race Chiba 2019 event. For the Falken brand, the event was a major highlight to say the least.

Through the Falken brand, parent company SRI stood as the event’s sponsor and official partner. On top of that, the Falken brand also supports the endeavors of Japanese air racer Yoshihide Muroya, who stands as the only pilot from Asia competing in the Master Class in this year’s tournament.

To mark the occasion, the Red Bull Air Race Chiba 2019 event saw Falken’s strong presence not just in the air in the form of Muroya’s racing livery, but also on the ground through a special display booth.

Featured on display here besides a model of Muroya’s Team Falken racing plane were a selection of Falken’s latest high-performance tyres range. Some of the latter were even outfitted on special demo cars present in this mini-exhibition of sorts.

This aside, the air racing tournament was a spectacle in its own right too as the dealer and aforementioned representatives witnessed Muroya taking a well-deserved victory on home ground for Team Falken. Surely, this was one unforgettable experience for all.

Despite concluding with this recent incentive trip to Japan, we can likely expect more of such from STM and its Falken brand before the current year pans out. Find out more about STM and its endeavours with the Falken brand through its official website, stamfordtyres.com.my.