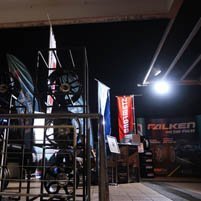 The race for the EPL title is heating up with Liverpool FC being among the front runners for the coveted title. As the global partner and official tyre partner for the hugely popular English club Falken Tyres Malaysia came together with the KL Kopites (Kuala Lumpur Official LFC Supporters Club) to host a live screening of the Liverpool versus Tottenham Hotspurs match on February 5th at the Highlanders in Kelana Jaya.

With both teams being among the major contenders for this season's English Premier League title, the Liverpool against Spurs fixture inadvertently became an important match as per their current standings in the league, with Liverpool in third place while Tottenham down in fifth. It goes without saying that the match was eagerly anticipated by fans of both teams as well as football fans the world over.

Registration for the live screening was opened by Falken Malaysia at 10:30 p.m. February 4th and soon enough the KL Kopites were arriving well in time prior to the scheduled 12:30 a.m. kickoff. On hand to welcome them were the CEO of Stamford Tyres Malaysia himself Mr. Cham Soon Kian along with Ms. Chye Chew Yong (Assistant Manager of Purchasing & Marketing STM) as well as the Stamford Tyres Marketing team.

Right after they register each of the guests (which includes quite a number of patrons of the Highlanders along with the Kopites themselves) received a goodie bag which contained a complimentary beverage and a match result prediction scorecard.

They were also set to receive limited Falken merchandise by simply posing in the most creative way with Falken products or brands (standee/flag/decoration) and post it up on Facebook with hashtags #FalkenMalaysia #FalkenLFC2018.

The game itself started brilliantly for Liverpool as after only 3 minutes hotshot striker Mohamed Salah scored which pretty much blew the roof off Anfield. However with around 10 minutes remaining the action intensified after Tottenham equalized. Yet again Liverpool took the lead during injury time also from Mohamed Salah, only to have Harry Kane brought Spurs level with a dramatic ninety-fifth minute penalty.

The final 2-2 draw result was correctly predicted by Mr. Sashi Nair who won a set of 15 inch Falken Tyres sponsored by STM Falken Malaysia as his prize.