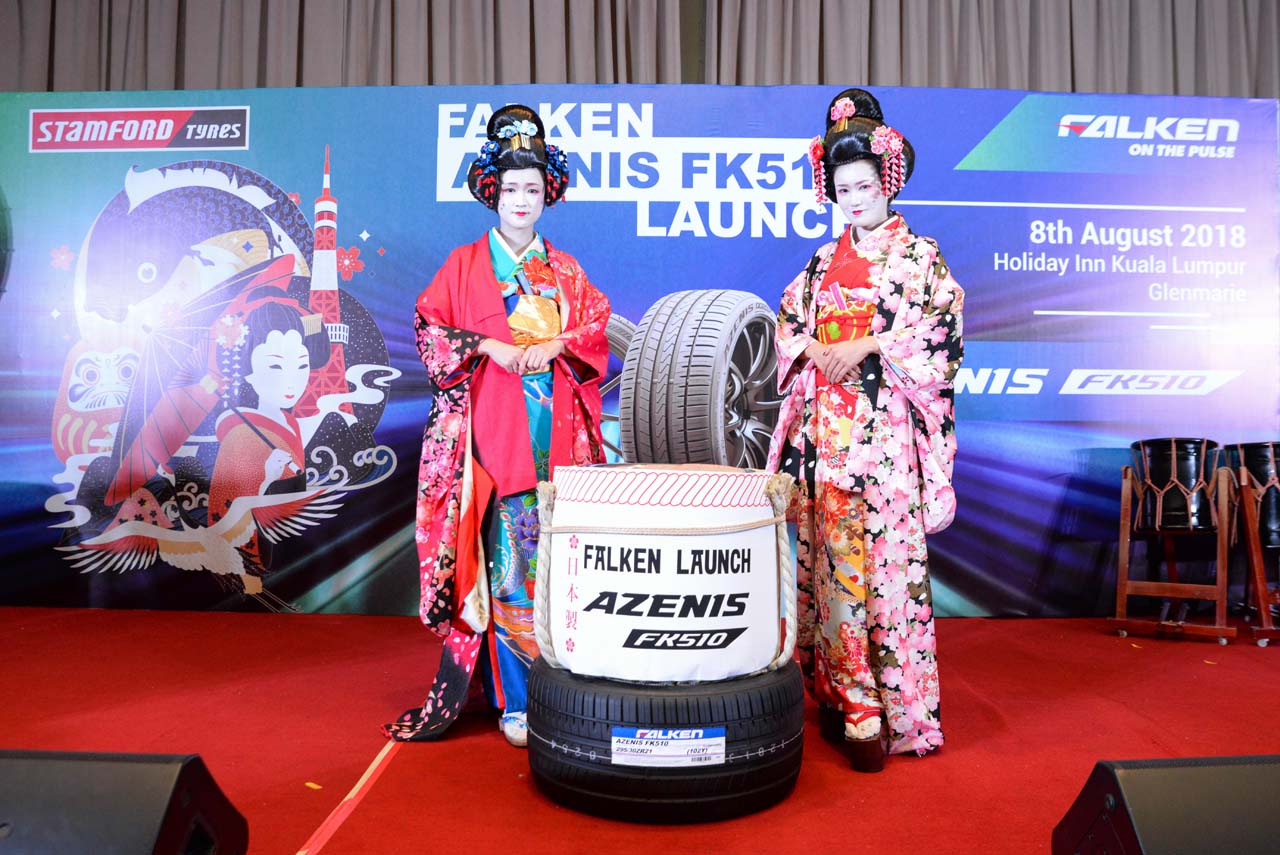 “The FK510 is designed by Sumitomo Rubber Industries (SRI) for drivers of performance and premium vehicles looking for excellent grip and outstanding performance. We have been selling the new FK510 before the official launch for the last 3 months and the response from the market was very encouraging,” said Cham Soon Kian, CEO of Stamford Tyres Malaysia.

A successor to the Falken Azenis FK453, the FK510 is said to have made some massive improvements in performance. The FK510 convinced the media teams from two major German magazines – Auto Bild and Autozeitung. It won a top 3 place in the large-scale summer test performed by Auto Bild, earning a rating of ‘Exemplary’, while Autozeitung bestowed the tyre a ‘Highly Recommended’ label. Furthermore, the German association of technical inspectors GTÜ (Gesellschaft für Technische Überwachung), a German car inspection body, ranked the Falken FK510 first in its test of 11 different tyre models.

“The FK510 has inherited the superior wet performance of the FK453 with improved quietness and comfort,” added Cham.

SRI also applied its 4D nano design technology to the Azenis FK510 to enhance wet traction and improved wear life. In addition, there is the Neo-T01, the ‘next generation’ manufacturing system from the company that is used to produce ultra-high performance tyres.

Available in 88 sizes, covering 17 to 22-inch wheels, Cham revealed that the recommended retail selling prices started from RM400. A variant of the FK510 suitable for Sport Utility Vehicles (SUVs) and crossovers would be added to the range soon while a run-flat version would go on sale next year.